Recordings from the event

“The first goal is to connect people and make them talk, it is about communities. Journalism today is not only about sending out information but also enabling our readers to have a good political discussion. We create a space for that.”

Germany Talks and the wider Country Talks project is a “dating platform for political opposites”. Pairs of readers who have a huge gulf in political views but who are close geographically are brought together for face-to-face discussions.

Deustchland Spricht was initiated by the respected German news website Zeit Online as an answer to the central question “At a time in which significant parts of society have forgotten to talk to each other, how can we restart the conversation?”. Having seen increasingly polarized communities fractured by Trump in the US and Brexit in the UK the team wanted to help Germans have discussions outside of their filter bubbles.

“When we looked at the federal election in Germany in 2017, we had the impression that we had to reinvent the way we are dealing with politics”. Says Faigle.

“May we introduce you to someone?”

The Zeit Online team posted a widget on its home page with the question “May we introduce you to someone?”.  Interested readers were then asked to complete a short survey of yes or no answers concerning politically divisive issues. An algorithm paired people who answered several questions differently on the screening questionnaire and who live within 20 kilometers of each other (based on the postal codes they provided). The participants who matched each got a separate message to confirm whether or not they wanted to be introduced to a stranger before they were connected via email. In 2017 the Zeit Online team brought together 1,200 people from across Germany to meet and have face-to-face discussions.

Watch this interview with Editor in Chief Maria Exner 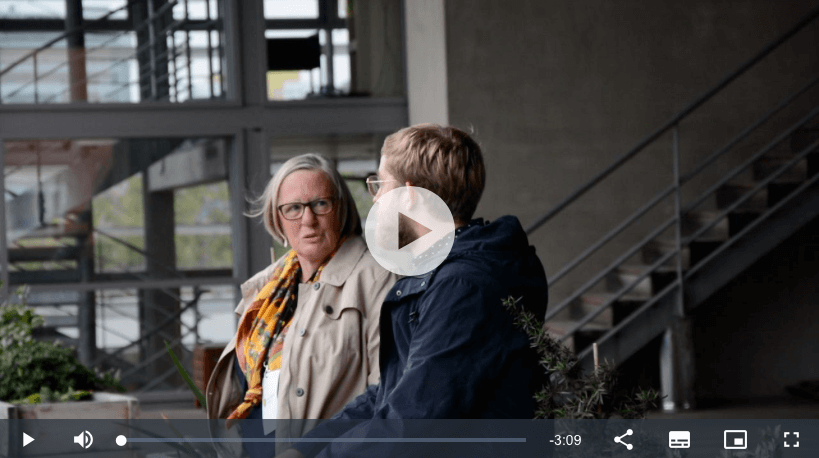 After the first pairs met the Zeit Online team received 100’s of euphoric emails from participants who were thrilled by the opportunity to have an engaging political discussion. A lot of people became friends, some talked for hours and some went for pizza afterwards. The next year the project evolved further and the team organized central events where these discussions took place. They did this in order to make these conversations more visible to the broader public. In 2018 the German president Frank-Walter Steinmeier was the patron of Deutschland Spricht and headed the conference.Tthe Zeit Online team also invited experts on polarization to analyse the current atmosphere for political discussion in the country.

“We had to reinvent the way we are dealing with politics”

Many news organisations, both within Germany and internationally, approached the team wanting to do something similar to Deutschland Spricht. In order to meet the demand the team decided to build an international platform. It was partly financed by Google, was developed together with a digital agency in Berlin and in collaboration with a European group of media organizations: Morgenbladet in Norway, La Repubblica in Italy and Der Standard in Austria.

The team led a number of workshops with the different partners, making sure that it would work in as many countries as possible and in order to identify if there were country specific things that they needed to keep in mind. The software is called My Country Talks and was launched in the summer of 2018. It has been used in more than 10 countries for national events.

The latest evolution of the project is Europe Talks. In May 2019 the Zeit Online team led a Pan European project in the run up to the European election.  The team partnered with European media outlets in order to arrange cross border conversations. Partners for this project were De Standaard in Belgium, Arte.tv in France and Germany, La Repubblica and SkyTG24 in Italy, Der Standard in Austria, Gazeta Wyborcza in Poland, Capital in Bulgaria, Delfi in Estonia and Latvia, Efsyn in Greece, Helsingin Sanomat in Finland, Morgenbladet in Norway, Politiken in Denmark and the website HuffPost. The idea was to break down stereotypes and to foster understanding amongst fellow Europeans.

Europe Talks covered 16 + countries and over 16000 participants.  Many people drove 100s of kms to meet their partners. For example a Greek mathematician met with a Bulgarian engineer both driving around 200 km in order to have a discussion about Europe.

It turns out it’s not just politics that strangers want to talk about. In May this year the team organized another round of Germany Talks. The participants discussed just one topic, the coronavirus pandemic. For the first time pairs met via video calls. More than 9000 people signed up, thousands had a discussion about the current measures to fight the pandemic.

The format seeks to engage the entire country in political conversation 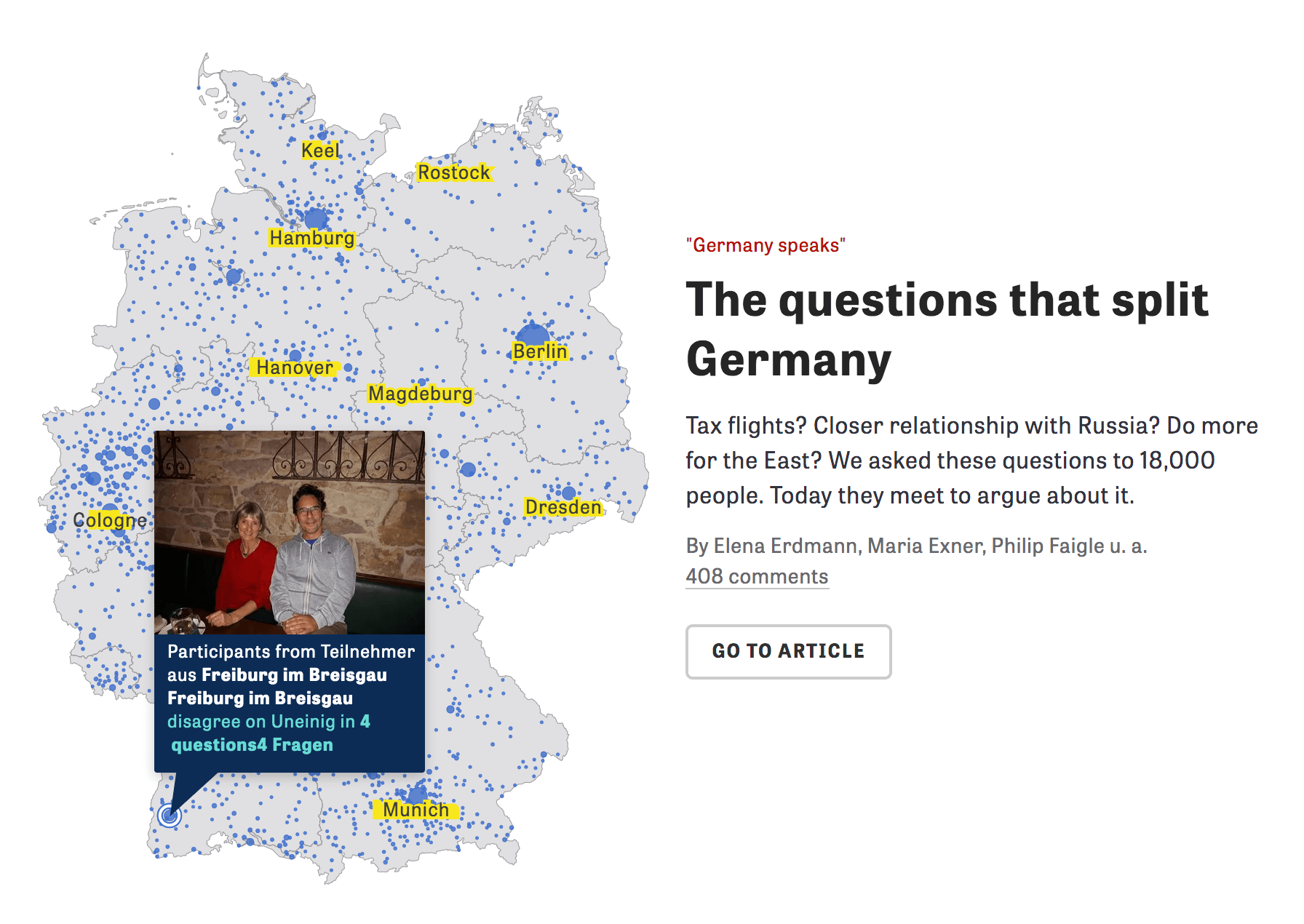 The latest Deutschland Spricht focused on conversations around corona