“For politicians entering traditional TV debates it is like winning a match. When they decide it’s about “winning” then their objective is not to inform viewers about political issues or find resolutions to problems.”

The national broadcaster NRK launched a political debate show with a difference, with this format guests find points of connection and agreement rather look for ways to discredit one another. Einig? (Or “Agreed?” In Norwegian) aims to change the culture of polarizing political discussion

Einig? Is a prime-time politics show with a difference. The aim of the program is to reverse the toxicity that disfigures public discourse and to avoid shows where the conversations ends as it began, with nothing being learnt. The team found that many viewers, particularly those under the age of 50, had given up on debate programs and were tired of politicians arguing and interrupting each other.

The show’s website explains their philosophy stating that “TV debates are often a battle to be won, but to some extent the same participants must listen to each other, not interrupt and must try to understand the opponent. What happens then?” According to the Times of London “This approach has led to outbreak and generosity and accord from across the political spectrum”.

In an effort to change the status quo a number of standard practices for Norwegian debate shows have been changed at Einig?. For a start the program team chooses politicians that they believe are capable of abandoning political posturing and point scoring in order to have an open and honest conversation. After many years working in the political debates the program’s editor Gro Engen knows who those individuals are.

A lot of time and preparation is then spent with the guests before they take part explaining what is unacceptable in the show and will be edited out. Personal attacks, being argumentative and listing political agenda points without regard to what other guests are contributing are all frowned upon. The editorial team also offers advice on how to lead a constructive conversation, encouraging guests to ask questions about each other’s views and to be curious.

Panelists are not given the questions ahead of time but instead discuss thought provoking statements that are read off a screen in the studio. This means no one has prepared talking points with their communications teams and political language is avoided by all. The program is recorded in garage at NRK rather than a traditional election campaign studio because the team want to strip away the glamour and drama. Engen says “We found that the panelists were more civil and real with each other when the cameras were off and they were having a coffee, we want to re-create that type of atmosphere”.

“We found that the panelists were more civil and real with each other when the cameras were off and they were having a coffee, we want to re-create that type of atmosphere”.

Absence of Host Opens Up Discussions

The team also experimented with removing the host from the studio and leaving the guests to take the responsibility for their own conversation and conduct. The aim is to open up new kinds of discussion when politicians are taken away from the comfort of traditional confrontational formats and the journalist in the room isn’t acting as a judge to moderate behaviour.

All this doesn’t mean that the program doesn’t tackle divisive and controversial topics, so far they have explored immigration, abortion, climate, economy and tax. The conflict between those with different political standpoints remain but the hope is that they may learn from one another. Gro’s advice to politicians “Relax, listen to the questions and think. Just be yourself, that’s what voters want.”

Discussions in the ‘Einig?’ studio 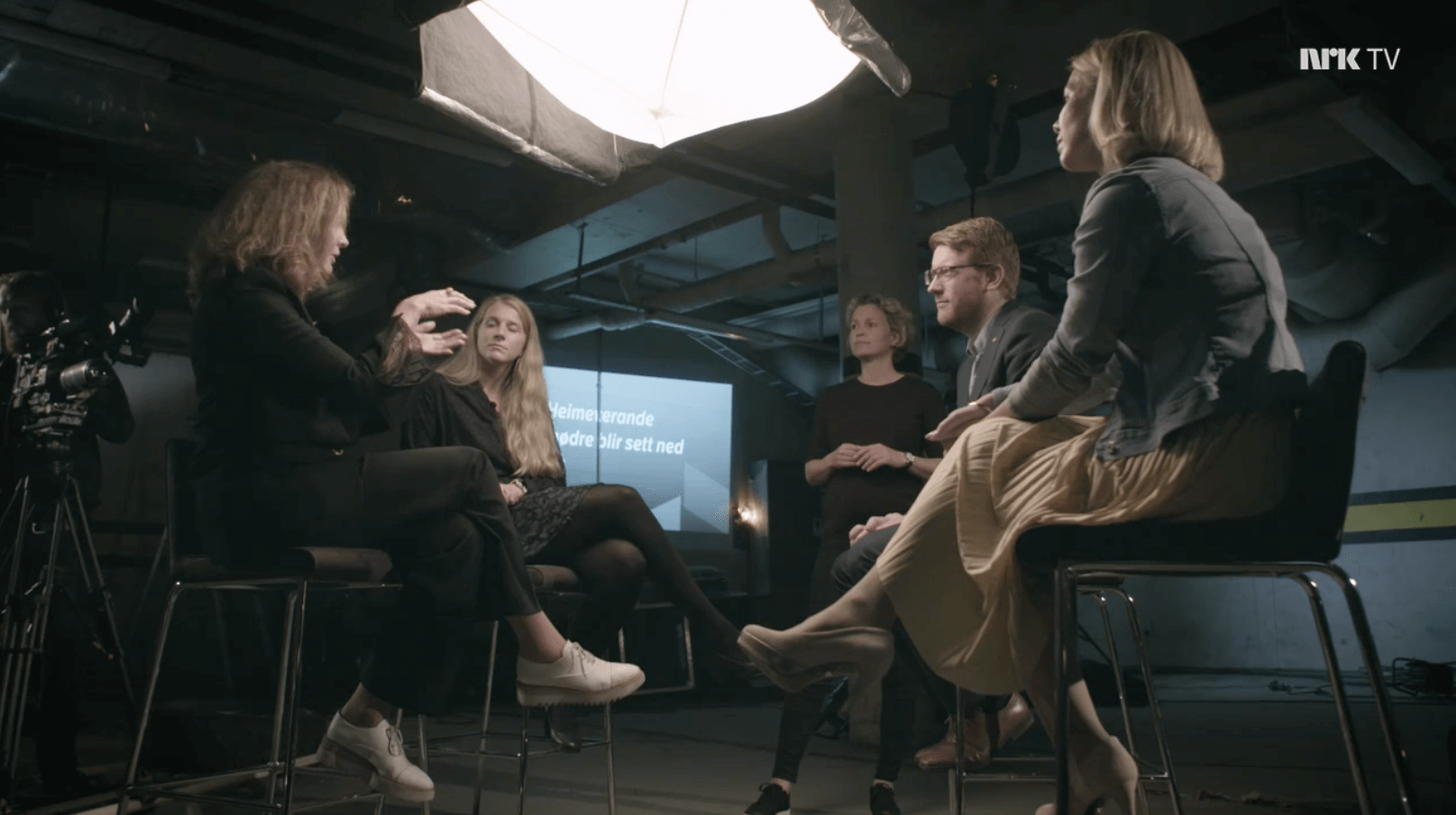